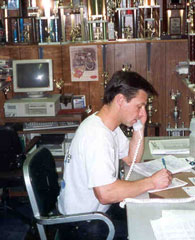 Throughout the years, Don Johle's name has kept its staying power in the bicycle industry.  Don Johle's Bike World, Inc. was started in 1985 as investors wanted to use Johle's racing name to set up a bicycle dealership.  Coupled with his racing career, Don's Mechanical Engineering Degree helps not only with industry contacts, but with bicycle modifications and other designs. Don's experience in the bicycle industry dates back over 35 years and is respected and recognized by bicycle industry leaders such as top manufacturers, distributors, and importers. 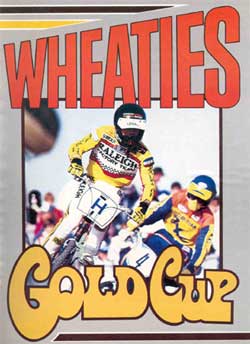 During his 12 year BMX career, Don was a consecutive #1 plate holder in Texas and scored over 50 National Wins in the expert and pro classes. With over 500 career main event wins, Don had what was arguably one of the best win records in BMX history. He burst onto the National scene with wins at the St. Louis ABA Nationals and The Mongoose NBA Grand Nationals in Long Beach, California. He was proclaimed in the Dallas Morning News as "the finest bicycle motocross rider Texas has ever produced."  His victories include titles such as National, Grand National, Grand Prix, Super National, and USA Gold Cup Champion. His sponsors included Bicycle Exchange, Robinson Racing Products, Race Ready, and Raleigh Cycle Company of America. Under full factory sponsorship from Raleigh, Johle traveled all across the USA and Europe to race during his high school and college years. Expenses, travel, individually designed bikes, and salary were included.  After his retirement from BMX racing, Don continued to win races. In just three years of personal watercraft racing, he was two time IJSBA Region 5 expert and pro sport #1, United States Regional Champion, and ranked as one of the top ten watercraft sport racers in the world. From there he moved behind the wheel of a Legend car and managed to win multiple features and a championship at Texas Motor Speedway as a Pro Legend car driver. 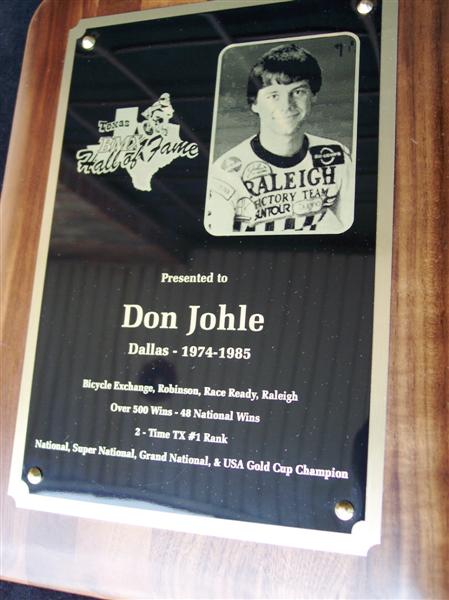 On March 17, 2012, Don officially became a part of BMX History. He was one of the first seven to be inducted into the inaugural class of the Texas BMX Hall of Fame. 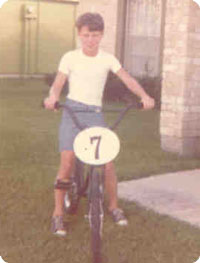 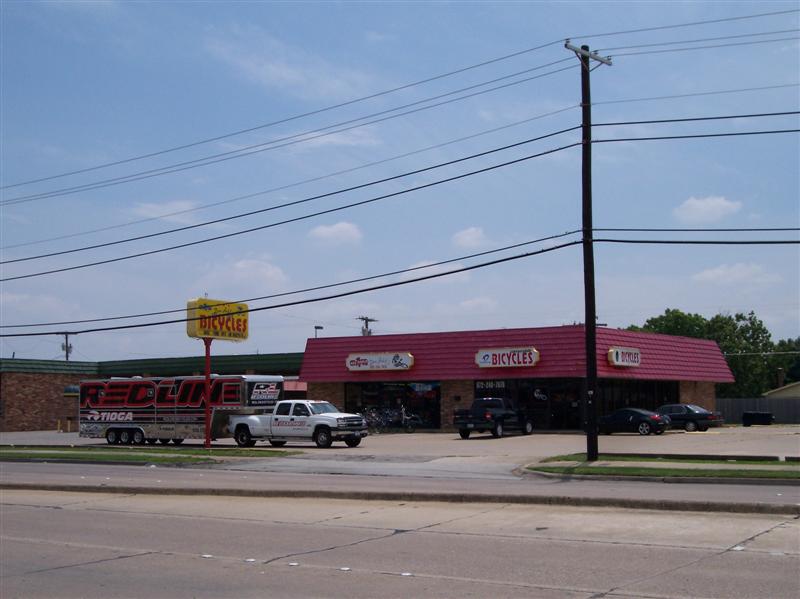 Don Johle's Bike World, Inc. is a full service store with bicycles and accessories for the entire family.  The knowledgeable sales staff has expertise in the areas of road, atb (off road), bmx, and comfort bicycles. The strong sale of atb's is partially attributed to the Rowlett Preserve trail.  Located just a few minutes from the store, (Centerville & Castle in Garland), it serves as an excellent nature trail for cyclists of all skill levels. The recent introduction of Cannondale has increased both atb and road sales. Roadies get a chance to practice their skills with an independent weekly group ride meeting in the shop parking lot every Saturday morning.

For the BMXers, members of our staff frequent the BMX tracks and Freestyle parks as racers and competitors. Don has not forgotten his roots, and continues to apply his knowledge by helping riders from beginners to the factory pros. The shop hosts the most extensive line of BMX bicycles and products in the Metroplex including Redline, GT, Intense, Diamond Back, DK, Fit, and many other top brands.

For those seeking a liesure ride, a complete line of comfort and cruisers can be found along with a full line of accessories to make your pedaling more enjoyable.

Whether you're buying that first bike for a youngster, or you're a cycling pro, Don Johle's Bike World has you covered!